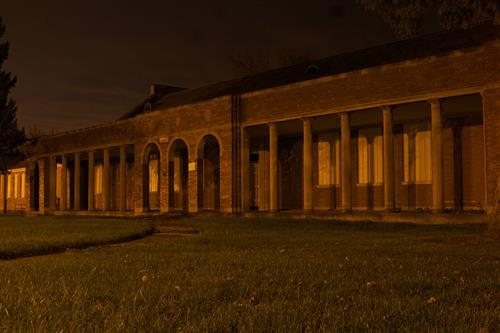 In 1939, this 1930's hospital suffered a typhoid fever epidemic and more than 50 patients and staff members died. The hospital was later renamed the Manteno Mental Health Center and it stopped operations in 1985. The complex then became business rentals, a bank, part of the Illinois Diversatech Campus and even a private residence. Witnesses have reported apparitions of patients and nurses and ghostly voices that come over the nonfunctional intercom system.