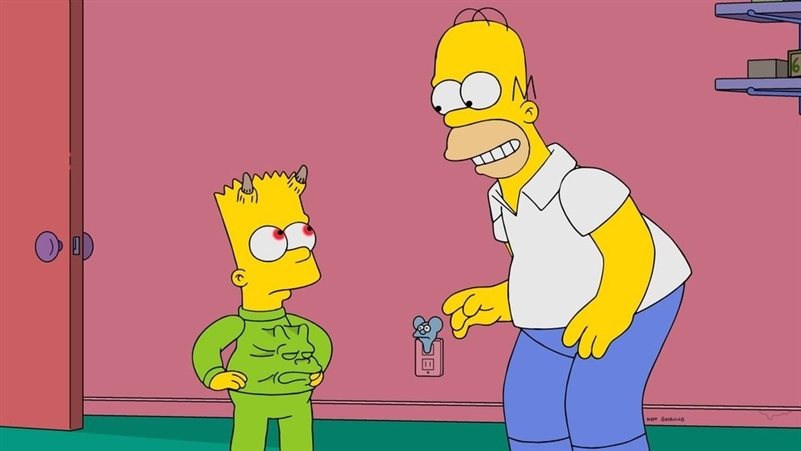 Bart gets possessed by a demon after Maggie goes through an exorcism.
Photo by: The Simpsons, via Twitter.

Have you had a chance to catch The Simpsons annual Tree House of Horrors Halloween Special yet? This year was particularly good, with three unique, and amusing stories that were definitely some of the most entertaining Halloween Simpsons shorts in recent memory. If you haven't yet had a chance to watch The Simpsons Treehouse of Horrors XXVIII, then you'll want to check it out - check your local listings for reruns, or head over to your On Demand Screen or Hulu for instant gratification!

Here's a breakdown of this year's Treehouse of Horrors shorts:

The Exor-Sis - The fist short, The Exor-Sis, focuses on the littlest Simpson, Maggie, who ends up getting possessed by the evil Demon "Pazuzu" after Homer inexplicably buys a stone Pazuzu idol for Maggie's room. They end up needing to get a special priest in to exorcise the demon out of her, and of course, he ends up hopping from Simpson to Simpson after being exorcised from Maggie. We won't spoil the end, but this is definitely the funniest skit of the trio

The party's not over 'til Maggie says it is. ?? #TheSimpsons pic.twitter.com/KycaohPoLk

Coralisa -This short was based on the Tim Burton movie Coraline, in which a young girl finds her "Other Family" after going through a winding hole she's found in her house, only to discover that they're too good to be true. The Simpsons cat, Snowball II leads Lisa to her other family, and despite being terrified of the buttons sewn over their eyes, she determines that a button covered eye fate is better than going back home, and the rest of the Simpson clan eventually goes on an adventure to find her. This story is definitely a strange one, but unsurprisingly the "Real" Simpsons accept their weirdo, alternate universe counterparts as part of the family almost immediately.

MMM...Homer -This is by far the strangest of the Treehouse of Horrors mini stories, if you ask me. The skit starts out with Marge going out of town, and Homer BBQing up some food after he's essentially run out of provisions. He accidentally cuts off his finger, and BBQs it, and well, discovers that he is in fact a delicious treat. For the duration of the episode, he butchers and eats himself, preparing a variety of Homer delicacies, and enjoying his crazy self-cannibalism. The skit ends with a strange crescendo, which we won't spoil for you, but this was definitely one of the strangest Tree House of Horror skits in recent memory.

Who needs to walk as long as you can wok? #TheSimpsons pic.twitter.com/GpraP8YBi5 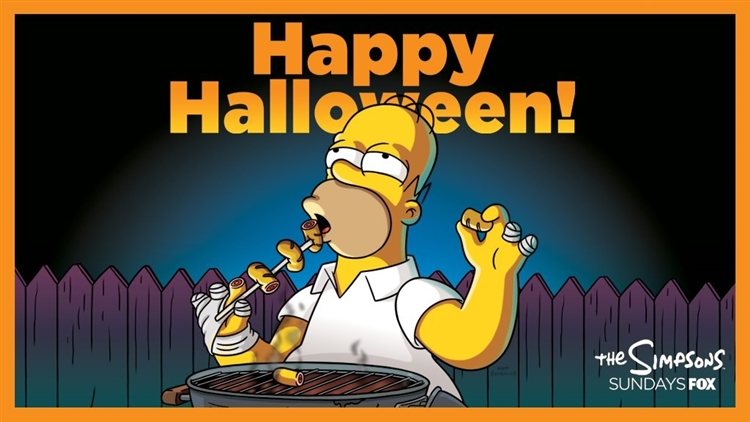 What Did You Think of This Year's Tree House of Horrors Episode?
Let Us Know in the Comments Below!