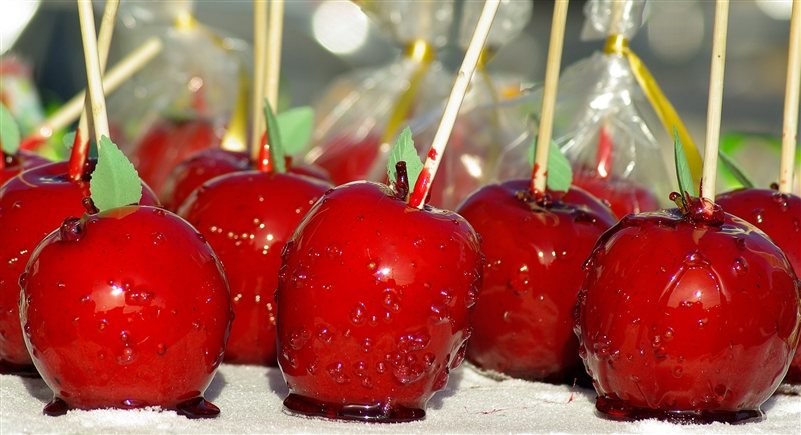 Are These Candy Apples a Sweet Treat, Or Are They Hiding Something More Sinister Under Their Candy Coat?
Photo by: JackMac34, via PixaBay.

For generations, there's been hand wringing over the certain urban legends pertaining to trick or treating and Halloween, that have been perpetuated in movies, on the small screen, and even by local law enforcement agencies (as a precaution of course). Fears of candies being poisoned or tampered with, or even tainted treats being handed out intentionally. While it's important to be prudent and careful when it comes to enjoying sweet treats on Halloween, most of the biggest urban legends have little to no basis in fact.

Many of the "candy poisoning" hysteria started in the early 1980s after the Chicago Tylenol murders, where the medication was tampered with in-store, leading to the deaths of seven people. The aftermath of that event left people apprehensive about accepting treats from strangers the following Halloween, and it also lead to the drastic change in packaging for medications and foods we see today, where candies, treats, and other consumables are 100% sealed, with no paper or foil wrap that could be easily opened and re-closed inconspicuously.

Here are some of the biggest Halloween Urban Legends that have continued to run rampant for decades:

If you think the Urban Legends end at the candy bowl, you're sorely mistaken - there's a ton of Halloween myths that aren't candy related at all, but involve murder, gangs, witches, the supernatural, and other terrifying threats.

This is by far not a complete list of all of the Halloween Myths and Urban Legends - that list would be almost endless, but these are some of the most well-known myths, and ones that have been most pervasive in recent years. While the Urban Legends themselves are just that - legends - it's still important to stay safe on Halloween by being aware of your surroundings, and staying on alert when talking to strangers - that's just common sense.

What Urban Legends Are Big in Your Area? Let Us Know in the Comments Below!