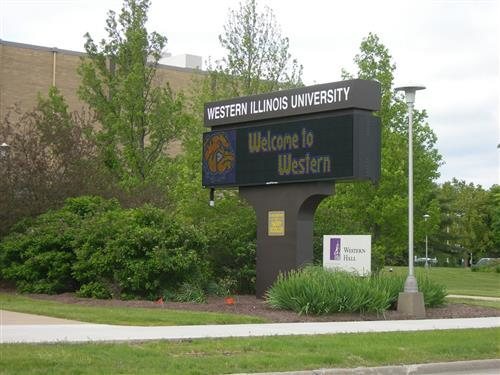 This university is said to be haunted by a number of spirits. In Room #1117 at Bayliss Hall, a former occupant who delivered a baby in secret is said to linger here. She gave birth to the baby and threw it down the trash chute before hanging herself in the closet. People have reported hearing moans and cries inside the room. Room #501 was the site of a suicide by a young depressed student. She hanged herself in the closet. Here witnesses have seen flickerling lights, felt cold spots and heard eerie noises. A janitor is rumored to haunt the third floor of Simpkins Hall, along with a ghostly young girl who wanders the first floor. She has been known to ask people passing by if they want to play with her. A young man's ghost haunts Tanner Hall. In 1972, he fell down an elevator shaft and has been spotted lingering the 12th floor. In Room #931 at Thompson Hall, residents have heard knocking and banging on the ceiling, doors, walls and window. Room #1217 at Washington Hall is said to be haunted by a ghostly girl who committed suicide after fighting with her boyfriend. She was found two days later. Her spirit has been spotted near the elevator and near her room. Inside her room, the phone has been known to ring when no one is on the line. Stories say it is her boyfriend trying to get in touch with her.