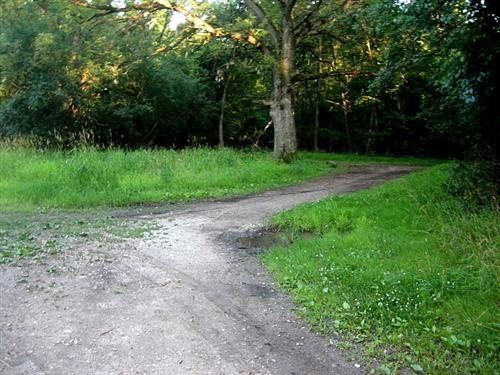 A visit to the Robinson Family Monument, particularly toward the left side of it can have you experiencing haunts. Many reportedly have seen, heard, and smelled what would indicate hauntings. Some have seen ghostly shadows, red or white orbs, ectoplasm mist, heard strange sounds, and the scent of violet and lavendar when it was the dead of winter.

While it is now a forest preserve, the land at one time was given to the family of Alexander Robinson. Robinson was the chief of several American Indian tribes. He helped save American lives during the Fort Dearborn Massacre. A large memorial marks the burial ground where his wife and several kin are interred, and it was promised that he'd also reside here when he died, but the City broke its promise and he was buried somewhere else. Since then, many believe the haunting events are the result of his spirit present here.