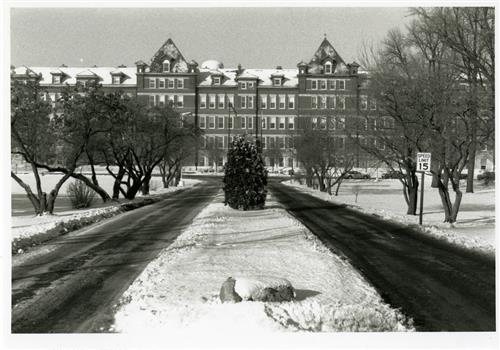 This university is rumored to have quite a few ghost stories attached to it. One tells the tale of a young boy ghost that wears a blue t-shirt and shorts while wandering around campus before vanishing. Reports say that Benedictine Hall had to be closed because it was so haunted. A clergyman was said to be the ghost that haunted the 4th floor, and in the art wing, some have reported hearing voices. There was also a rumor that on the 5th floor, an exorcism took place after a student became possessed when he and a group of friends used a Ouija board in the cemetery. Ghostly children are believed to haunt Jaeger Hall and some residents have reported hearing their stereos turn on in the middle of the night. A little girl and boy ghost is said to linger Neuzil Hall. The two were captured on film and were visible after the photos were developed. One room inside Ondrak Hall is closed due to its hauntings as well. Another eerie occurrence here - TV's have been known to change volume for no reason at all.