Stay the Night in One of Illinois' Haunted Hotels - If You Dare! 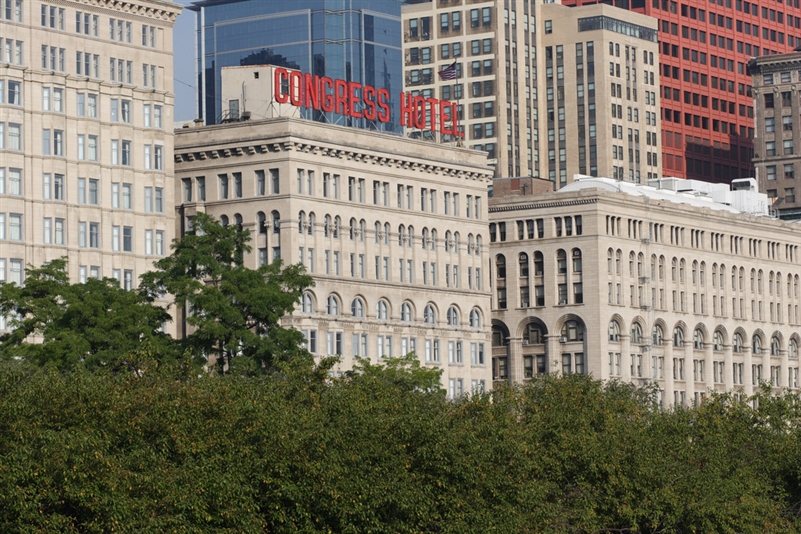 The Congress Plaza Hotel in Chicago.
Photo by: David Brossard via Flickr

Illinois is known for a lot of things, including being home to the tallest building in North America, The Sears Tower. It's also known for its sports teams, and the Windy City, but The Prairie State is also jam packed with ghost stories, especially in its hotels.

There are a number of hotels that have eerie stories linked to them, and if you're one who enjoys all things paranormal, you can put your brave pants on and stay the night in one, or more, of them! Check them out below, along with their haunting stories. 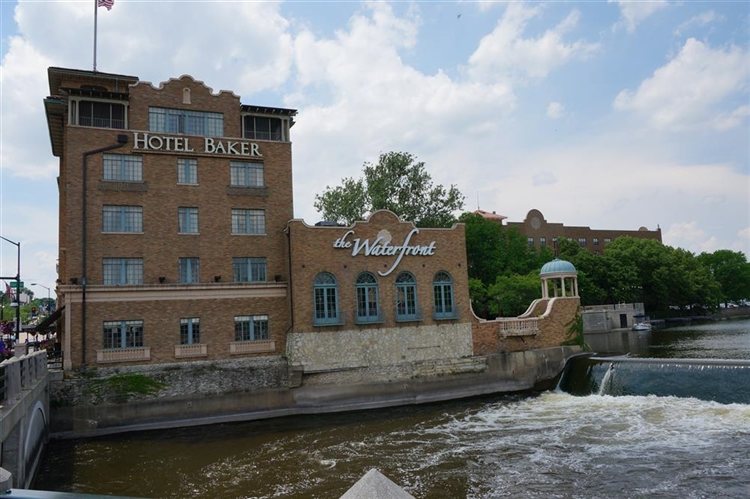 Dating back to 1928, Hotel Baker was built for Edward J. Baker, a native of St. Charles, who had earned the title of "Colonel" due to his luck in horse racing. He had a vision for the hotel - an elegant style that boasted a hotel-resort feel. It was the most luxurious small hotel that featured 55 rooms. A number of famous people have stayed the night, including  John F. Kennedy, Chicago Mayor Richard J. Daley, Gerald Ford, along with senators and entertainers.

There have been various haunting reports from witnesses about the hotel, possibly due to a suicide that took place there in the 1970s. The hotel chambermaid was the victim, stories stating she was left at the altar and ended up drowning herself in the Fox River nearby. Her spirit is said to reside at the hotel. Some report hearing moaning sounds from the 6th floor storage room area, which was the area that housed employees back then. 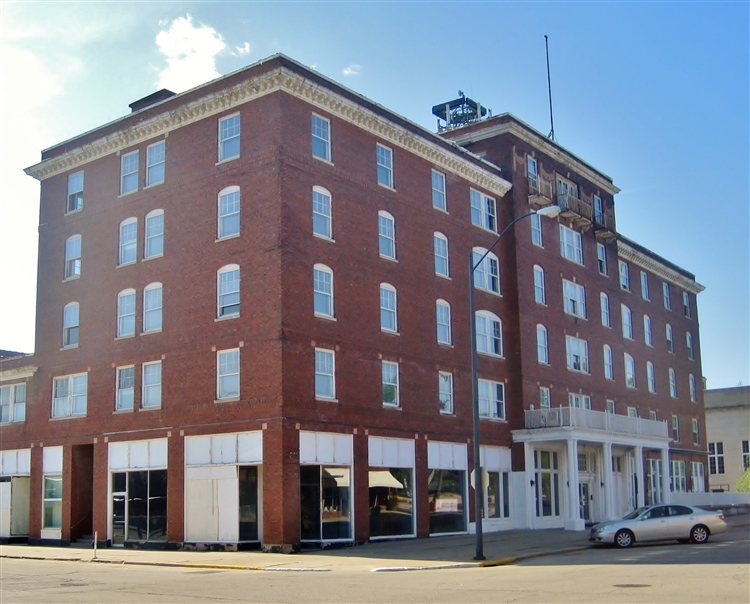 The Kaskasia Hotel in Lasalle is a historic location that was built in 1916. The building is believed to be a hot spot for paranormal activity after stories of a young woman who committed suicide there surfaced. The incident took place in the 1920s after she jumped to her death from the top floor of the hotel, although some believe her boyfriend pushed her. Employees have reported hearing the click of her heels wandering around the hallways, and the elevator has been known to work by itself. In the early 2000s, the hotel closed down and now operates as a hotel, museum and convention center. 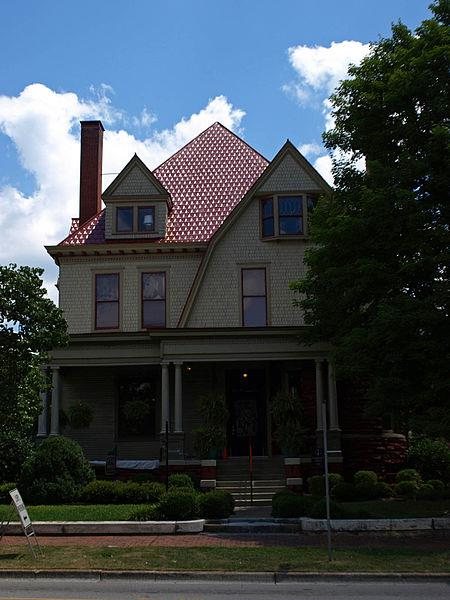 This Carbondale bed and breakfast dates back to 1907 and although it no longer operates as a B&B, it still made our list due to its haunting stories. A number of guests have reported experiencing the spirits that were believed to be two victims of homicide incidents from 1928. Even the bullet holes from the murders remain visible at the back staircase. The victims are said to be that of the original owners, former Carbondale Mayor John Charles Hundley and his wife Luella. Disembodied screams have also been reported throughout the house. 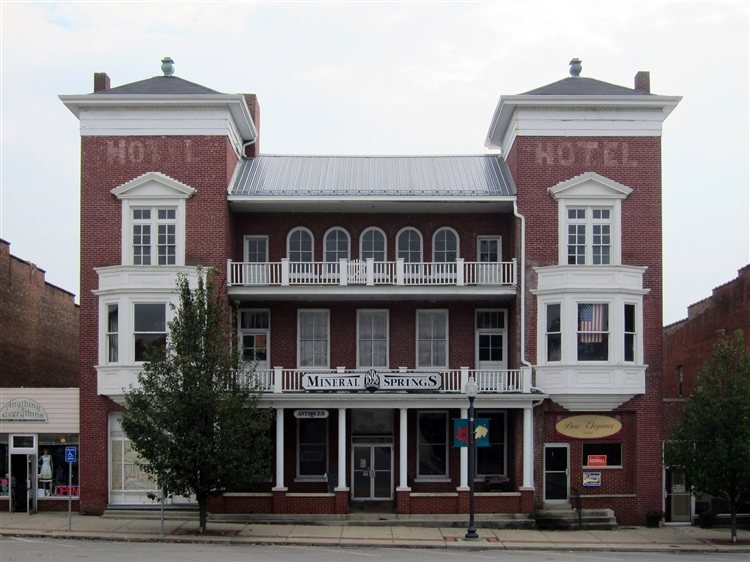 Now operating as an antique mall, you can still visit the location, but just can't stay the night! Once the Mineral Springs Hotel, the location opened its doors in 1914 and featured what was the largest swimming pool in all of Illinois with mineral water that cured. The hotel stood 5-stories tall and featured terrazzo floors, marble staircases, and art glass bringing the feel of luxury.

The place began to deteriorate by the 1950s and by 1971, it closed down for good. By 1978 restoration began to develop the property into a mall that would feature shops and restaurants. In all its history and grandeur, the place is said to be haunted. There are 3 defined ghost that are believed to exist here. It includes that of The Jasmine Lady who is identified by here floral perfume; George who is the artist who painted the mural in the Crystal Room bar (he died before finishing it); and Cassandra, a little girl who reportedly drowned in the pool and enjoys playing marbles. 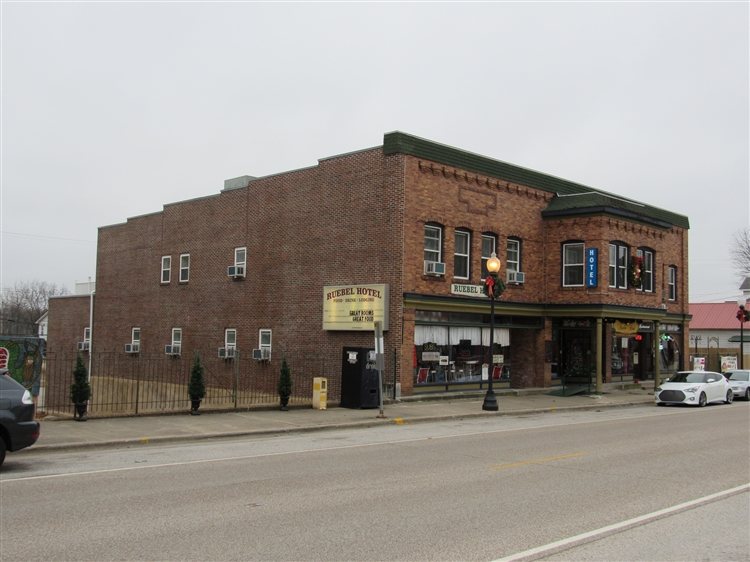 Dating back to 1879, The Ruebel Hotel became the largest commercial hotel in the county. Rooms went for just $1 per day and guests could enjoy not only the hotel, but the finest saloon in town. After quite some time of thriving, the hotel caught fire in 1912 and was destroyed. Luckily, it was quickly rebuilt, and even added a restaurant on the first floor, along with a dance hall on the second floor.

Witnesses have reported that the building is haunted by at least one ghost. Many have claimed to see and even talk to the spirit of a young girl named Abigail. She has been spotted in the upstairs hallway and at the top of the staircase. 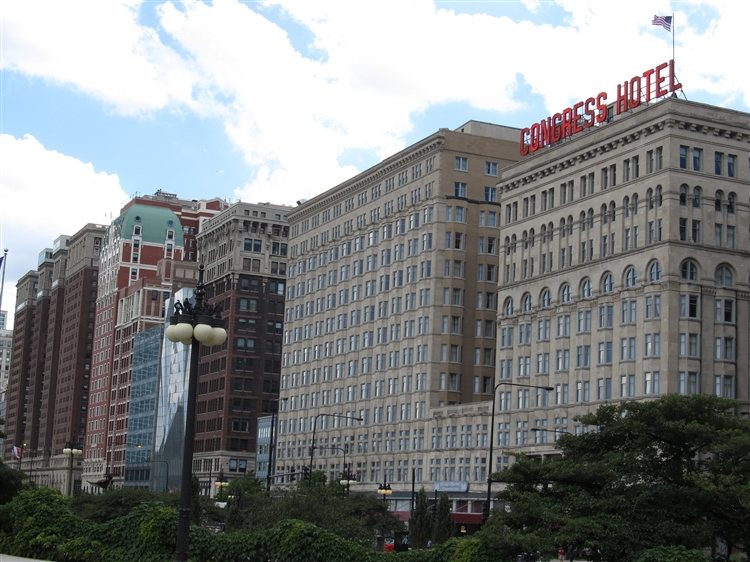 This well known hotel has quite a few ghost stories surrounding it. Built over 100 years ago, it became The Congress Plaza Hotel in 1908 and has been rumored to be the home to gangster Al Capone at one point. Other reports say he once owned the hotel and utilized it as his headquarters, but then other reports state he never even stayed at the hotel! His spirit is believed to linger here, though.

Guests have reported that Room #441 is one of the most haunted and that you can see a shadowy figure of a woman inside it. There's also the story of "Peg Leg Johnny," who was murdered at the hotel long ago. A workman was said to be buried behind the walls of the hotel when it was being built, and it has been said that his gloved hand sticks out of a wall in the closets behind the balcony in the Gold Room. This room is also rumored to be haunted by some bridesmaids who like to gather around the piano for photos but do not actually show up in the pictures. 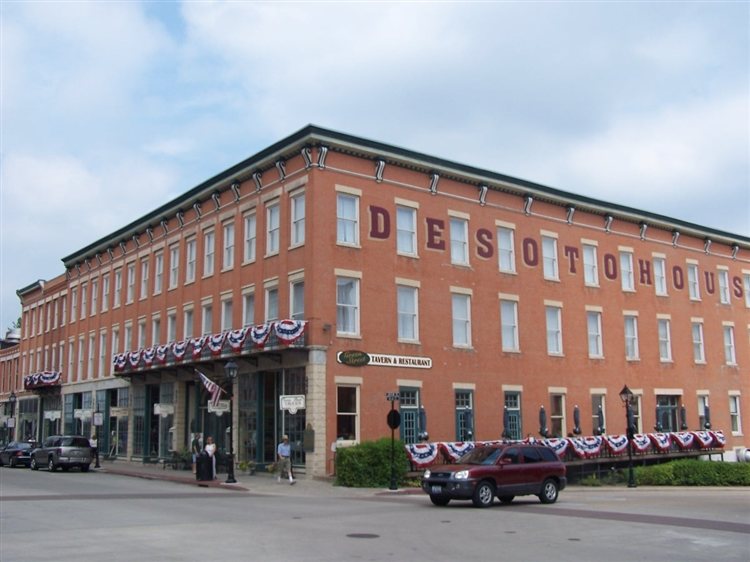 The Desoto Hotel in Galena is located on South Main Street and dates back to 1855. It has seen some famous people who have stayed the night, including Abraham Lincoln and William Jennings Bryan. It was also the presidential campaign headquarters for Ulysses S. Grant, among others. Many believe the location is home to some ghosts, although the identities of them are unknown. Many have reported phantom cigar smoke, voices in the halls, and apparitions of people wearing period clothing who seem to walk or float through the walls. 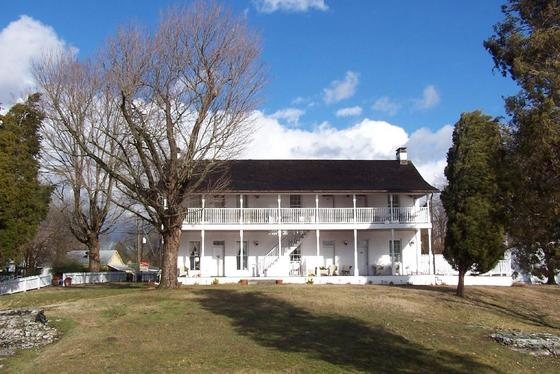 This hotel dates back to 1812 and has a wonderful view of the Ohio River. The former owner, Sarah Rose, is believed to haunt the place. Her apparition has been spotted walking around the second floor halls as well as climbing the stairs. People have reported a disembodied female voice and objects that move on their own during the night.

Have you ever visited any of these haunted Illinois hotels? If so, let us know by commenting below!